Am I being unintentionally racist by writing primarily white characters?

Recently I took part in an AMAZING book discussion with some fellow Antioch grads, continuing the tradition of our low-res program. The book we discussed was Salvage the Bones by Jesmyn Ward, a beautiful, lyrical novel set in small-town Mississippi during the days leading up to Hurricane Katrina. The main character, Esch, is black. She lives with her father and three brothers in a primarily black community. Parul Seghal wrote a lovely piece on the book in the NY Times, which you can read here. 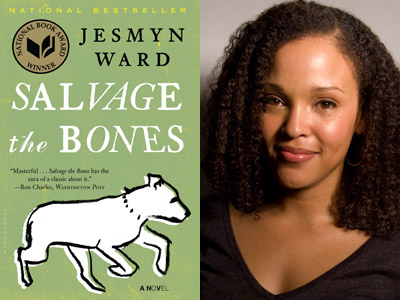 Our discussion hit upon some really interesting questions that made me think about my own filters and assumptions in writing and reading. Someone brought up the term “default white,” to describe how readers will assume a character is white unless otherwise stated. Same goes for writing: if you are white, unless you set out with the intention to write a non-white character, you are writing a white character. White by default. And if you do write a non-white character, you are assumed to be making some kind of social statement or delivering a message. Marginalized characters automatically imply a call for social justice.

So, what’s the problem with this?

Well, for one thing, it continues the cycle of a huge lack of diversity in literature. Writers of color tell stories of rejections from publishers, who say things like “Oh, we already have a Black/Hispanic/Asian/Arab author.” Quota filled. Minorities represented. White authors are just plain authors, but authors of color are delegated to specific niches.

It’s sort of like how people say “female author,” for a woman, but “author” for a man. 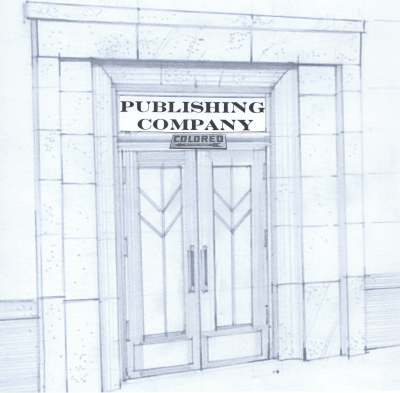 A few people raised their hands and said they’d crossed everyone on their list off. Others nodded in agreement. The teacher gave a grim smile, an I-just-taught-you-all-something-about-racism-in-literature smile. (For the record, I still had two left on my list.)

So how does this happen, and especially today, when we like to think of our literary world as progressive and diverse?

I can tell you who’s not helping: people like David Gilmour, a professor at the University of Toronto (not the famed musician of Pink Floyd). In a recent interview covered by CBC News, Gilmour says: “I’m not interested in teaching books by women.” He follows up with an explanation: “I teach passionately. One way I’m an effective teacher is when I teach what I’m passionate about. I’m not passionate about books by Chinese authors, or by female authors.” His only exception is a short story by Virginia Woolf. What a guy.

In our discussion, we talked about how books by authors of color are placed in marginalized sections in the bookstore labeled things like “Ethnic Literature” or “Culture” or “Religion” – when these books, rather than being directly about specific aspects of culture or ethnicity, are fiction, and should be in the fiction section. Readers thirsting for a good story aren’t going to beeline for the mostly empty shelf in a tiny section labeled: “The Asian Experience.” What this does is further isolate the idea of the “Other” and solidify the separation from mainstream fiction or nonfiction. There’s this aspect of guilt, too, involved in eschewing those isolated sections; we think: Am I not cultured? Am I not diverse?

Someone brought up the very good point on the other side of the spectrum, that white readers will feel inherently that those books “aren’t for them,” and would feel uncomfortable purchasing them. So they buy the mainstream books by the mainstream white authors. And then publishers continue to publish white authors, because that’s what sells.

Salvage the Bones has gotten attention for winning the National Book Award and just being pretty awesome. Some consider it a “crossover” book because it has crossed from whatever culturally specific category it was originally intended for into the mainstream.

In discussing it, I felt almost uncomfortable saying one of my biggest issues with the book, which was that I felt I was constantly being reminded that the characters were black. This was mostly because of the descriptions of skin color. The main character is constantly drawing comparisons between skin color and tree bark, foods, even precious stones. Some of these comparisons were quite original, but they made me think: I almost never read descriptions like that about white peoples’ skin color—and I certainly never write like that. People would say to me, “Why do you keep describing their skin?”

I remember in one of my earliest short stories, I wrote about a girl whose lover had dark skin (his ethnicity wasn’t specified). I made two allusions to his skin color—really lame ones, too, like “mahogany.” At the second one, I received a comment from my mentor, which basically said, “He’s darker than her, we get it.” He’d struck it out. At the time, I thought with a great deal of embarrassment, Oh god, he thinks I’m trying too hard.

But in reading Ward’s novel (she’s African-American), I wanted to make a similar comment. Once we know the characters are black, it can start to seem unnecessary to slip in all those descriptions of their skin color.

Then again, do we need that reminder? If we’re reading with the “default white” mindset, is it important to establish the characters’ color, their ethnic background, and then re-establish it through use of creative similes?

In our discussion, someone brought up the The Hunger Games movie adaptation. Apparently some viewers were upset that a character from the book was played by a black actress, even though she was clearly described as having “brown skin” in the book. This article from CNN relates it to a more global media issue:

Whether fans’ remarks — such as, “Awkward moment when Rue is some black girl and not the little innocent blonde girl you picture” — stem from poor reading comprehension or intolerance, they’re indicative of a larger issue in Hollywood, said Harry M. Benshoff, an associate professor of radio, TV and film at the University of North Texas who co-wrote “America on Film: Representing Race, Class, Gender and Sexuality at the Movies.”

“Hollywood has never been on the forefront of the civil rights movement,” said Benshoff, who hasn’t read or watched The Hunger Games.

Despite certain character descriptions being spelled out in the book, Benshoff said, people typically project themselves onto a character in order to empathize with that person.

“For a white person reading a book, they’re very rarely going to go, ‘I’m just assuming this is a black character’ if he or she isn’t marked as such,” he said. “A nonwhite person might project their own identity onto the character.”

Racists with poor reading comprehension aside, the idea that we can only connect with characters whose skin matches ours is ridiculous. Yet Hollywood and the publishing industry continue to operate on this notion.

A question I asked in the discussion was: can you write diversely without writing about diversity?

Since that early story I mentioned, I’ve not really given thought to my characters’ skin color, or their ethnic background. It’s not that I set out to write only white characters, it’s just that I don’t make that conscious effort not to. I guess that’s what “default white” means. And I’m guilty of it.

And I admit I have this fear: that if I do write about characters of color, people will think, What the hell right does this white girl have to write about a culture when she can’t even begin to understand its deep roots and history? How can I be authentic when people reading know that I’m white? What does it take? Bravery? Or is there a larger shift in our thinking that needs to happen first?

I know there’s a way to be diverse in my writing without forcing it. I know that just because I’m white I don’t need to write white characters (as apparently I have no problem writing 50-year-old men). I’m still figuring out how to write more diverse characters without it looking like I’m trying too hard to be diverse. I love that this discussion opened me up to becoming more aware of these issues, and I’ll be keeping them in mind as I write.